ISO, founded in 1947, is a worldwide federation of national standards bodies from some 100 countries, with one standards body representing each member country. The American National Standards Institute (ANSI), for example, represents the United States. Member organizations collaborate in the development and promotion of international standards. Among the standards the ISO fosters is Open Systems Interconnection (OSI), a universal reference model for communication protocols.

According to ISO, “ISO” is not an abbreviation. It is a word, derived from the Greek isos, meaning “equal”, which is the root for the prefix “iso-” that occurs in a host of terms, such as “isometric” (of equal measure or dimensions) and “isonomy” (equality of laws, or of people before the law). The name ISO is used around the world to denote the organization, thus avoiding the assortment of abbreviations that would result from the translation of “International Organization for Standardization” into the different national languages of members. Whatever the country, the short form of the organization’s name is always ISO.

Why should you avail services from iTANGLE Inc? 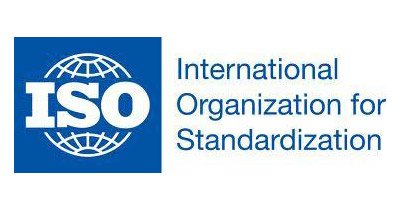 We are one of the leading Consulting organization for ISO Consulting & Certification, ISO & Personal Training with operations in INDIA, USA & UAE. We are a leading group of consultants with an objective to provide Consultancy Services in order to establish and improve the quality system of the organizations on all aspects of Management Systems. It is operated with high efficiency to deliver the quality service to the clients for all kind of Management System Training & Certifications. Our consulting solutions are considered to be the best in terms of service delivery, certification approach, timely project completion and effectiveness.

Our Company are suitable for organizations of all size and nature irrespective of their location, no of employees, turn over, nature of business etc., We provide 100% customised ISO consulting for all ISO certifications. We have a reputation of working with all the leading ISO certification bodies in the world, to enable you get certified from the certification body of your preference.

The ISO certification follows below steps

Once your organization has been implemented the system, you must invite a Lead external auditor to review and evaluate your system. If the auditors satisfied that your System meets all the ISO standards and procedures, they will certify your System. You can then use the ISO Logo in your product products and services. The ISO certification procedures are the same for the entire world wide Standards, but there are various certifying Bodies

Trade Mark Registration
We provide simple and most reliable solutions for your trademark registration. It is our mission to provide our clients with high quality representation but at an affordable fee for our professional services. We are an actual law firm with licensed attorneys handling our clients’...
Read More
Copyright Registration
We bring forth our vast industrial experience and expertise in this business, indulged in rendering Copyright Service. A Copyright is a set of Rights given under the Copyright Statute to the Creators of artistic, literary, musical, dramatic......
Read More